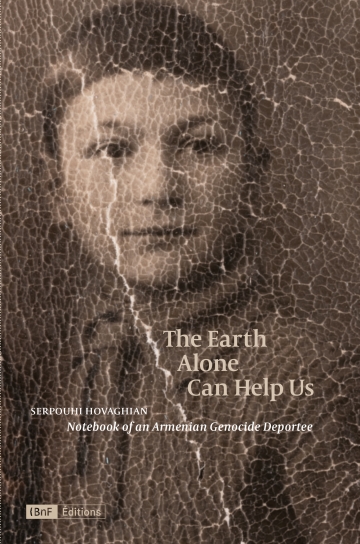 the earth alone can help us

Notebook of an Armenian Genocide Deportee

“We walked haphazardly, six hours a day, without eating or drinking. Walk, walk down the road until you’ve put paid to your life […].”

On October 25, 1915, a young 22-year-old Armenian woman escaped from a convoy of deportees that had reached the harbor of Giresun on the Black Sea. The genocide carried out by the Young Turks against the Armenians of the Ottoman Empire had been underway since April. Like so many of her unfortunate companions, Serpouhi Hovaghian had to give up her four-year-old son along the way, and would stay in hiding for years, repeatedly changing residences. Over the course of her long time underground, she kept a notebook to more or less regularly set down her experience and the events she heard about in a personal diary of sorts, written in Armenian, then French, with some passages in Greek. In this fragmented narrative, she described her journey across Anatolia, subsequent to her deportation from Trebizond where she lived with her family in June 1915, and her reclusive life in Giresun.

To understand and elucidate this fragile, heart-rending document, the Éditions de la BnF have worked with Raymond Kévorkian, a leading specialist in Armenian history, who has presented an indispensable critical edition.